PIRATES CRUISE PAST WHITE SOX TO CAPTURE THE 2021 FALL TITLE! 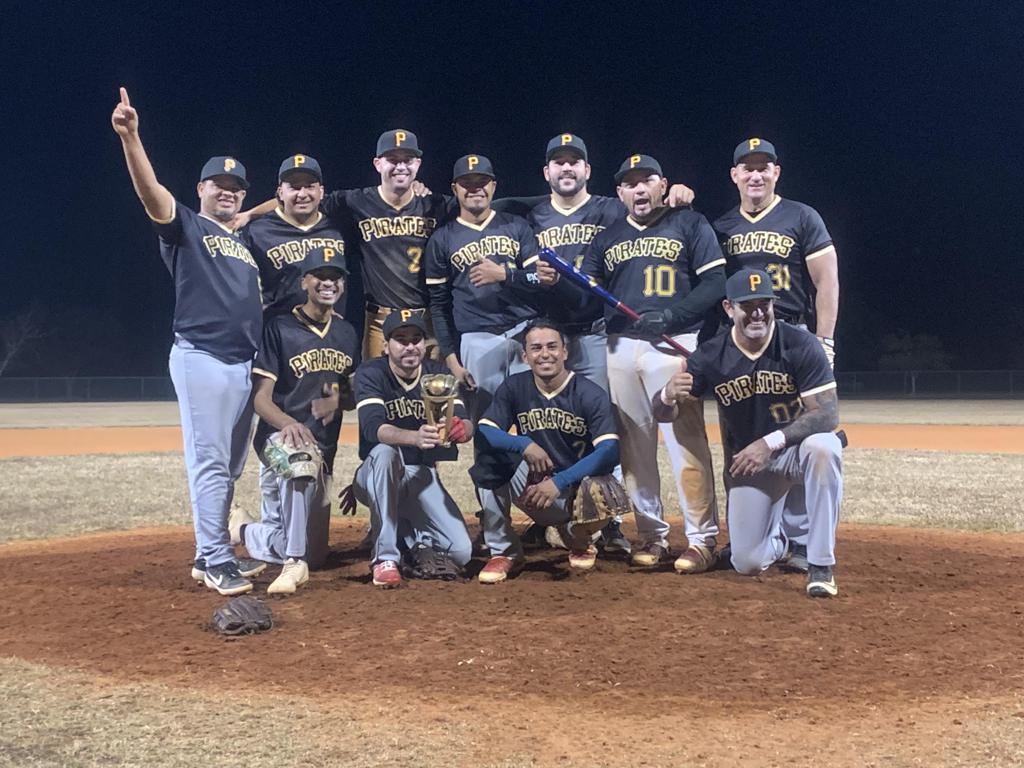 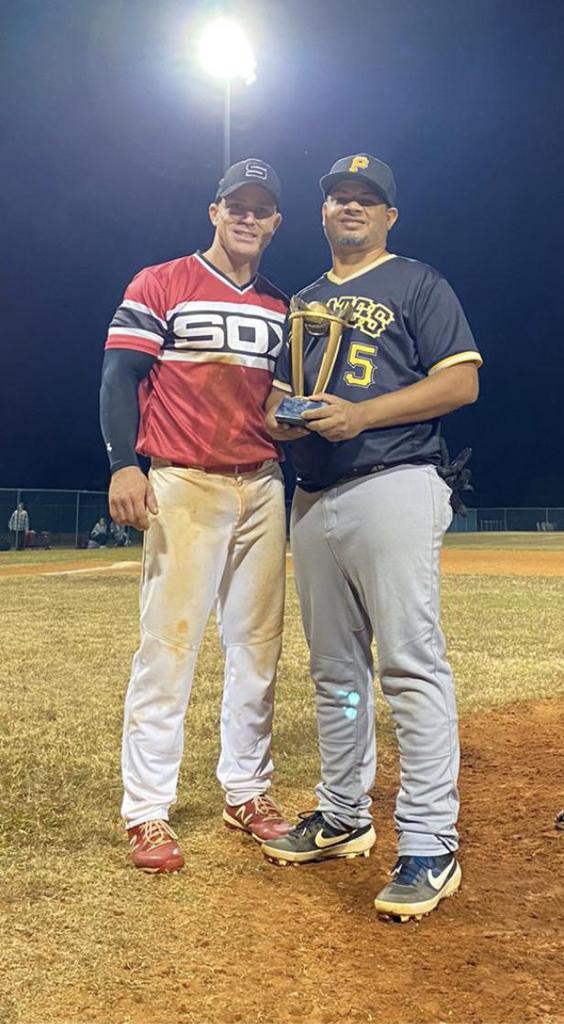 Pedro Peralta is presented with the 2021 Fall League Championship Trophy 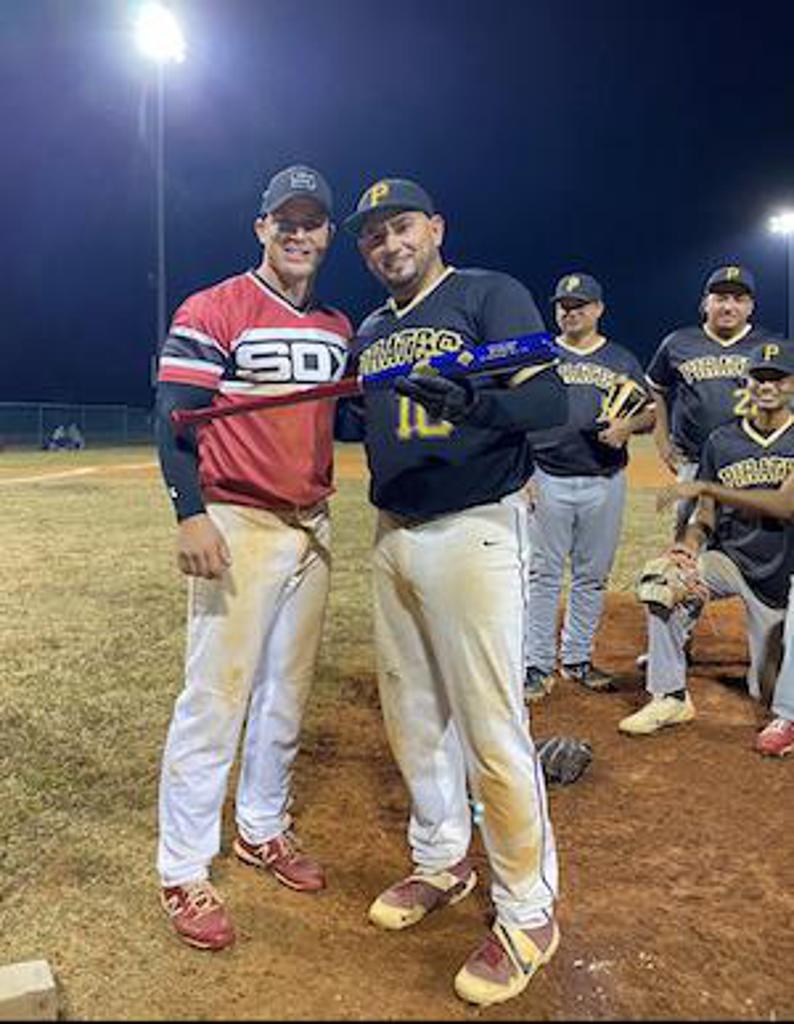 Gonzalo Toruno is presented with the MVP award, a bat from Odin Lumbar

The Pirates defeated the White Sox 8-2 in the 2021 Fall League Championship game at Scott Stell Park to claim their first SABL title.

The White Sox jumped out to an early 1-0 lead in the bottom of the first on a two out RBI single by Anthony Carraci.

The Pirates wasted no time leveling the score at 1-1 in the second on back to doubles by Gonzalo Toruno and Jason Borjas.

In the top of the 4th, the Pirates struck again. With two outs and two on, Toruno singled home a run to make it 2-1. After an error extended the inning and plated a run, Moises Mejia ripped a two run single to make it 4-1. Rene Ramirez followed with a RBI single before another White Sox miscue on a Keynert Parrales grounder chased home two more and stretched the lead to 7-1.

The Pirates would add an insurance run in the 6th to make it 8-1 before Jake Walker stole home in the 7th for the White Sox. Any chance of a Sox rally was quickly put to rest as Ramon Pirrone recorded back-to-back strikeouts to end the game.

Although the offense did their part, the key to the Pirates victory was pitching and defense as they held the league's highest scoring offense to just 2 runs on 6 hits.

Rene Ramirez and Christopher Vazquez quieted the Sox bats as they tossed 3 innings each, before Pirrone took the ball in the 7th. The trio combined to strike out 12 while their defense did not commit a single error all game.

The White Sox fell just short in their bid to win a second straight Fall League Championship. Their only other loss this season was a 10-9 loss to the Pirates in a final game of the regular season.

Gonzalo Toruno was named the postseason MVP after collecting 3 hits including a double, scoring 3 runs, and driving in another in the championship game. I 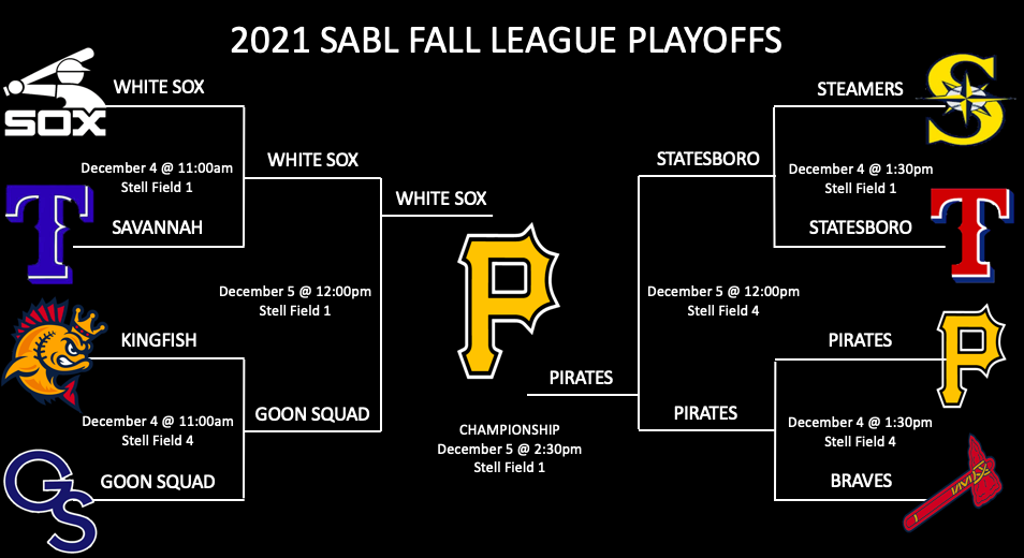